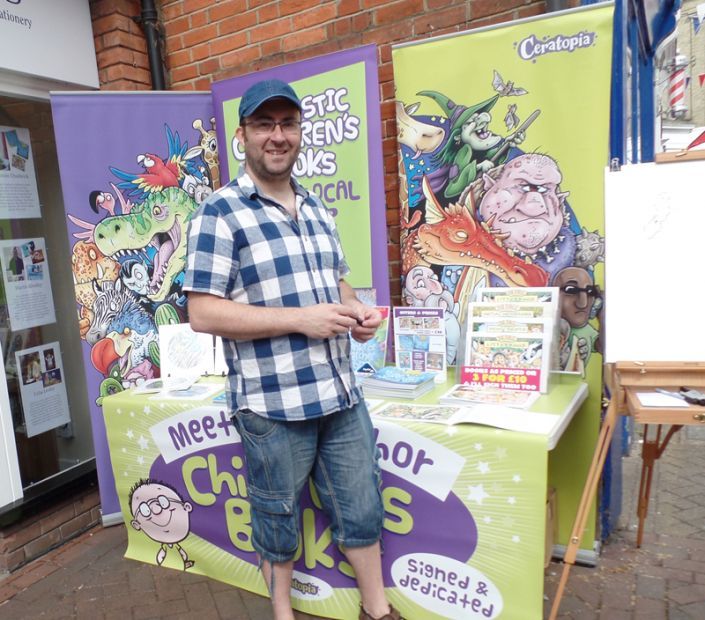 I was a guest on Saturday of the Waterside Herald alongside other authors including Celia Leofsy, Martin Bradley, and Cathy Woodman as part of the Waterside Arts Festival. The Herald's offices stock my New Forest themed books and have been brilliant at promoting them, and me, locally. Because it had promised to be good weather Martin and I set up outside, with me doing some live drawing (which I unexpectedly sold that afternoon) and signing books before sending people inside to pay (and thus meet the other authors). I never know what's going to be popular book-wise, and Saturday it was almost all New Forest Friends that were sold - still going strong! I get an increasing amount of people that read them as children that are now buying them for their children, so must be doing something right. During the afternoon all the authors moved en masse to Hythe Library for the last couple of hours, where we were splendidly looked after by the library staff with tea and biscuits. It was a good day, and a big thanks to the Herald for organising their bit, to the Library in the afternoon, and the Waterside Arts Festival for putting the whole show on.