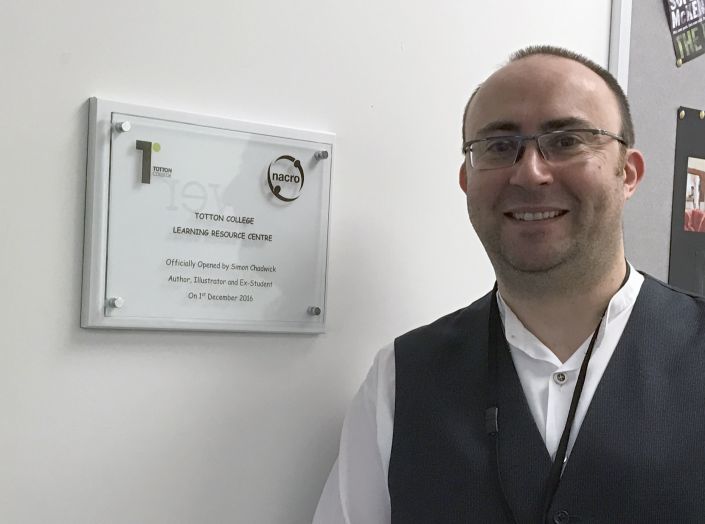 Today I had the enormous pleasure of officially opening the brand new Totton College library, or more correctly, the Learning Resource Centre.

I attended Totton College as an A-level student between '89 and '91 so as an ex-student who now writes and illustrates books they thought me a good fit as the man to hand the ceremonial scissors to.

I was told to bring some books along in case people were interested and ended up almost selling out, which was a great bonus. Whether or not the magnificent attendance was down to me or the promise of a lavish spread of food and drink I couldn't say, although I'd be tempted to go with the former.