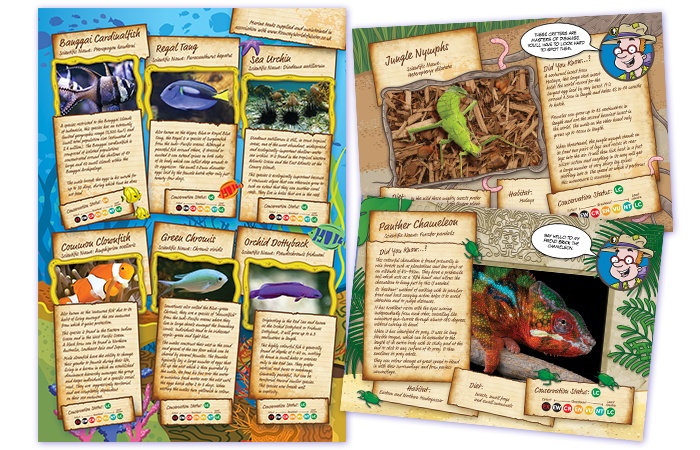 Paultons Park recently opened their fabulous Critter Creek land and I've been lucky enough to help with lots of different aspects of its design and illustration. One of the things I had to do was the internal signage for the Beastie Burrow, a close-up animal encounter divided into distinct sections. To reflect each section's theming they needed different descriptive signage, so as it's Professor Blast that has discovered Critter Creek it made sense to use the Professor's hand-written notes to connect the three designs together.

Although each section's background is the same, the number of creatures featured on it, the amount of text per heading, and even the proportions of the image, meant that each sign was completely different. I started by building all the drawn elements in Adobe Illustrator and then layered them in Photoshop as smart objects, allowing me to re-scale and rotate as needed. I was also armed with the creatures' scientific names and tasked with sourcing the photography which involved four different image libraries to achieve. Look out for them when you visit!