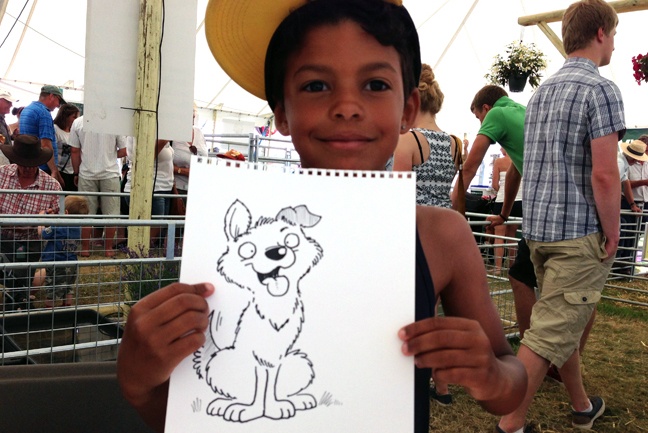 Every day at the show I do between 50 and 75 on-the-spot cartoons of a child's favourite animal. I try to make each one different (there's only so many times you can draw a horse or a cat the same way), and today's menagerie included a lizard, two giraffes, a hippo, several cows, a pig, a chicken, a guinea pig, a vulture, a T.rex, a hedgehog and many, many more. I did turn down a thirteen-year-old's sincere request for a picture of Justin Bieber.

In-between I was working on a larger live-drawing to keep with the show's theme of scarecrows. This one became a Biggles-style scarecrow. No idea why - sometimes they come out of the end of the pen that way.