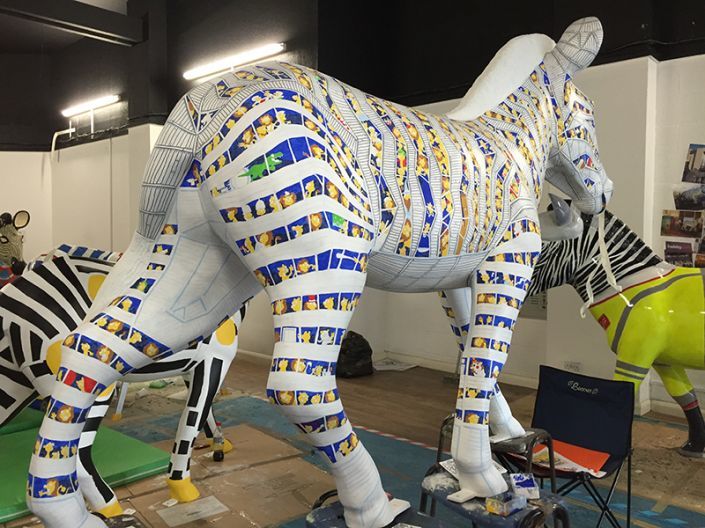 It's been two days of painting a zebra's rear leg, plus adding some spots of colour to the other three as I go. Tomorrow I should finish the last few touches, then it'll be on to inking all the limbs. Must make haste as I have to give the stools back to Will Rosie soon!

Had a long conversation with an interested member of the public today who eventually realised I'd been into her son's school to do a workshop, which then meant that Caroline Rackham, the artist working next to me, twigged that I'd been to her son's school too, which meant I was 'that' Simon that was taking part in the New Forest Arts Festival that she's organising. Caroline's zebra is a combination of zebra crossings and belisha beacons and has been produced with some adults with learning difficulties. Now they've done their part Caroline is applying the finishing touches to get it ready for the trail.