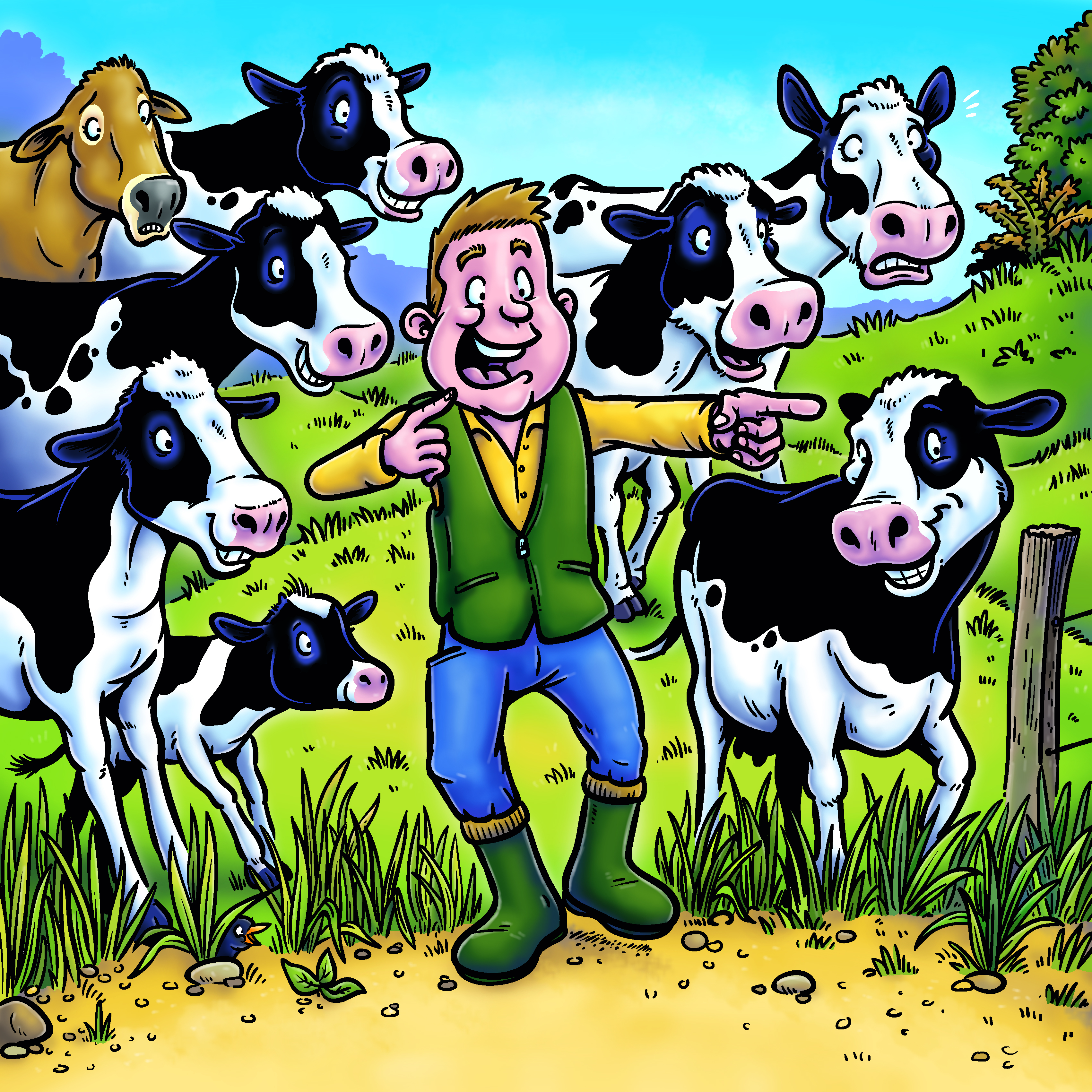 Simon has illustrated over thirty children's books and regularly visits schools and groups to talk about his work and share drawing workshops.

This is an example of one of the illustrations, for John Perkins' Georgy The Goat. Simon has a cartoon illustration style, meaning he creates friendly, amusing characters and scenes that enhance the story being told, and there's almost always room to add a hidden animal for children to seek out.

Simon's approach to illustrating children's books is to draw what he would have enjoyed looking at as a child. He stresses the need to look at the scene through a child's eyes to see if it makes sense. This typically means a little bit of mischief or curiosity too, either expressed through the main characters or through ancilliary players in the background. With picture books small children are often engaged through the picture while an adult reads the words, so it's particulalrly important that each picture captivates and delights the child while enhancing the narrative as it plays out. In this instance the logical conclusion, of course, was to draw lots of silly faces on cows.

Get moo-tivated by discovering many of Simon's children's book here.