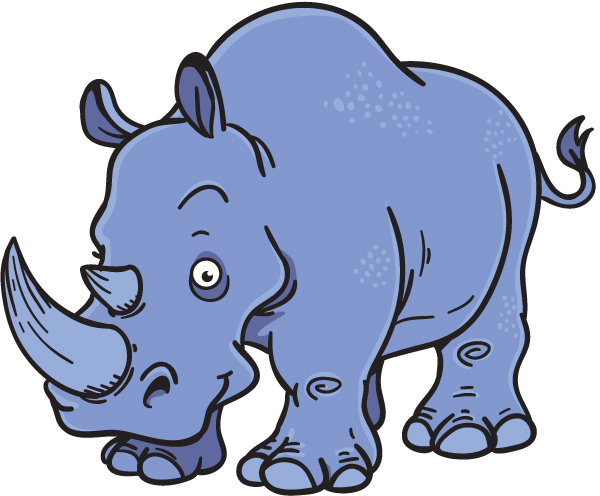 Part of the process when asked to do character design is that I might got asked to work up a few options to choose between, so inevitably one of the designs is going to lose out. Here's one such fellow, a cartoon rhino created for a children's restaurant pack about African animals. Occasionally I'll create a few options and feel certain that the client will go for one particular character yet still be surprised when they go for another. Because you've invested something of yourself in the creation of them it's a strange feeling when they're passed over - almost as if you've let them down somehow. It's never worth losing sleep over, though, because what is chosen is still something I've created. I really like this particular character, so thought I'd share him with you.