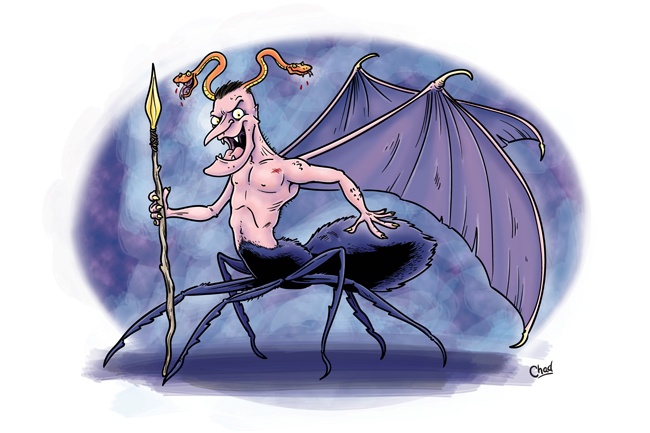 Orchard Juniors have been studying the Odyssey by Homer, and as part of the project I was asked to go in and lend a hand with some creative writing and illustration. The children were challenged to come up with their very own mythical beast and island habitat that Odysseus stumbles upon with his crew, so their starting point was to think about what this new beast would look like. I visited the children class by class and drew different kinds of fantastical creatures for them, largely based upon suggestions they called out, to illustrate how many of the Greek mythological menagerie are just human/animal hybrids, or a cross between two or more animals. They were then encouraged to begin designing their own, bearing in mind how it would be best suited to the habitat it lived in.

Once this was done they could begin their writing, which was essentially a missing chapter from the Odyssey. They needed to think about pacing, description, emotion, tension and consequences throughout their piece, and when it came to the island and the monster they had to ensure they conjured them vividly in the reader's mind as their initial illustration wouldn't form part of the work. My task was then to choose which story I thought best brought the landscape and creature to life in my mind's eye, as well as building drama and excitement through the writing.

The winning writer, Zofia, received an illustration of their monster drawn by me, which was an absolute pleasure to draw based upon her riveting description. Everybody seemed to thoroughly enjoy it and be engaged by the task, so objectives fulfilled, I reckon! 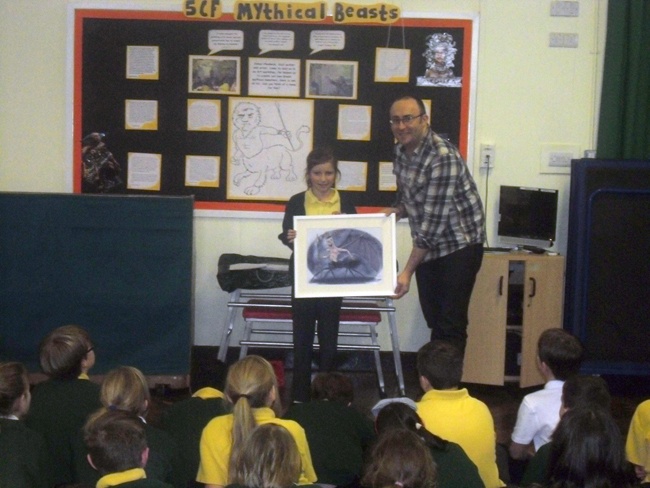